COLOMBO (News 1st); The Natural Hazards Early Warning Centre has issued an Amber advisory with regard to the low-pressure area over the South-West Bay of Bengal for land and sea areas around Sri Lanka.

According to the Department of Meteorology, the low-pressure area is currently located in the sea area off eastern coast of the island, and Showery condition is expected to enhance further over the sea areas around the island under the influence of this system.

Moreover, the naval and fishing communities are advised not to venture into the sea areas off the coast extending from Trincomalee to Puttalam via Kankasanturai from 28th October onwards until further notice. Wind speed can be increased up to (60-65) kmph in above sea areas.

Wind speed can be increased up to (50-55) kmph in the sea areas extending from Puttalam to Hambantota via Colombo and Galle.

The sea areas extending from Trincomalee to Puttalam via Kankasanturai and from Galle to Pothuvil via Hambantota will be rough at times while temporarily strong gusty winds and very rough seas can be expected during thundershowers.

Naval and fishing communities are advised to be vigilant in this regard.

Meanwhile, heavy showers above 100 mm can be expected at some places in Western, Sabaragamuwa, Central and Northwestern provinces and in Jaffna, Mannar, Mullaitivu, Kilinochchi, Galle and Matara Districts during next 24 hours. 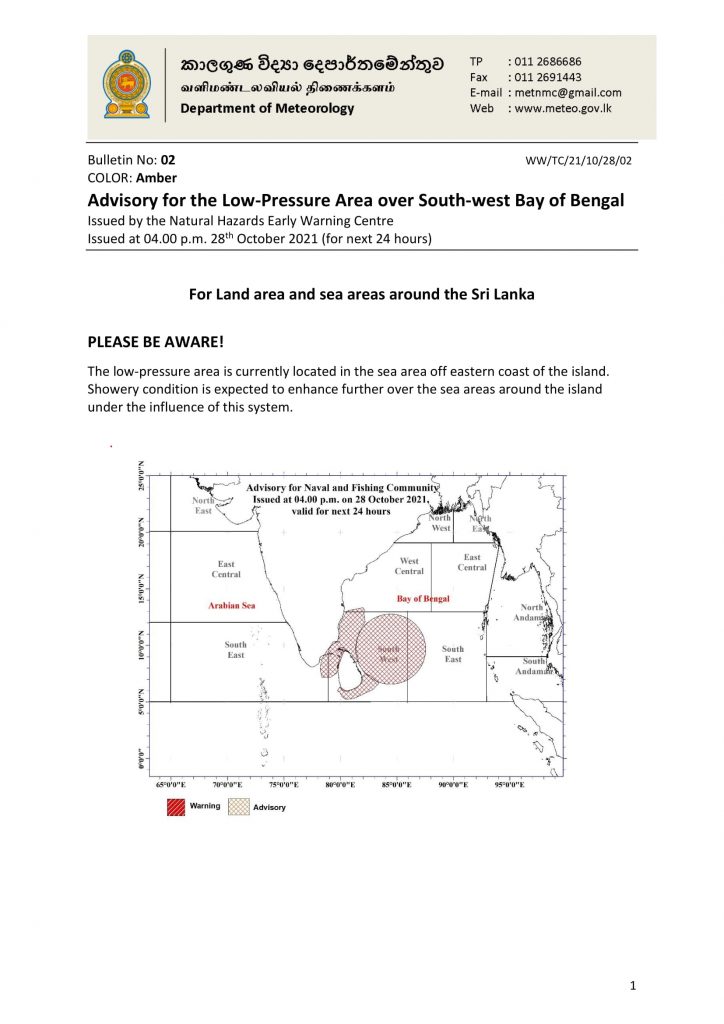 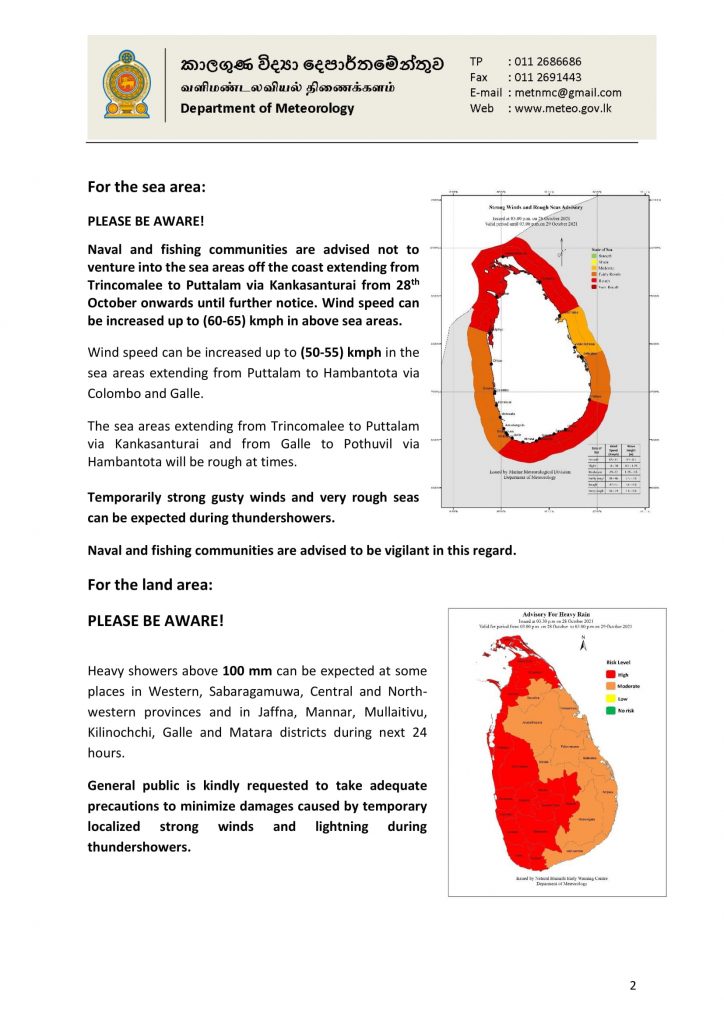