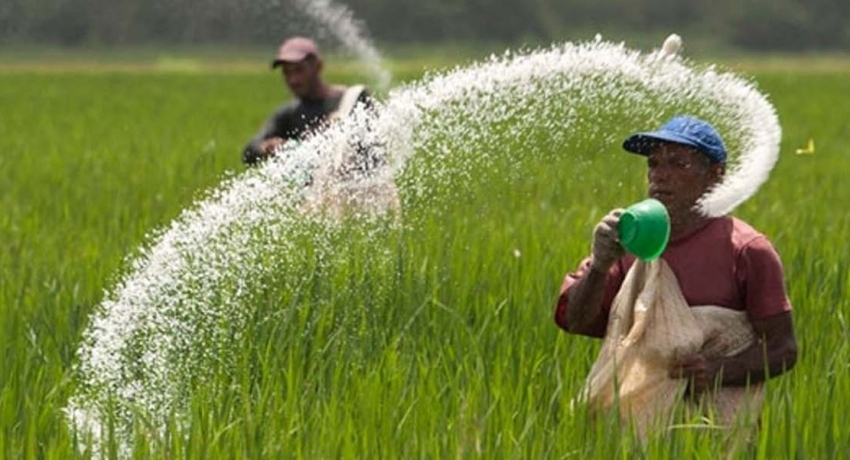 30,000 MT of liquid fertilizer to be distributed between farmers

30,000 MT of liquid fertilizer to be distributed between farmers

COLOMBO (News 1st); The Minister of Agriculture, Mahindnanda Aluthgamage says that bio-liquid fertilizer will be distributed to cultivate 50,000 hectares in the Ampara District today (14).

The Maha season is due to begin tomorrow (15), however many farmers in the country are currently engaged in protests due to the fertilizer shortage.

The Minister of Agriculture further stated that 30,000 metric tons of Organic Fertilizer containing  Potassium Chloride have been brought to the island from Lithuania, which is due to be distributed during the Maha season.

The Minister said that all the fertilizers required for the cultivation of the Maha season will be provided on time.