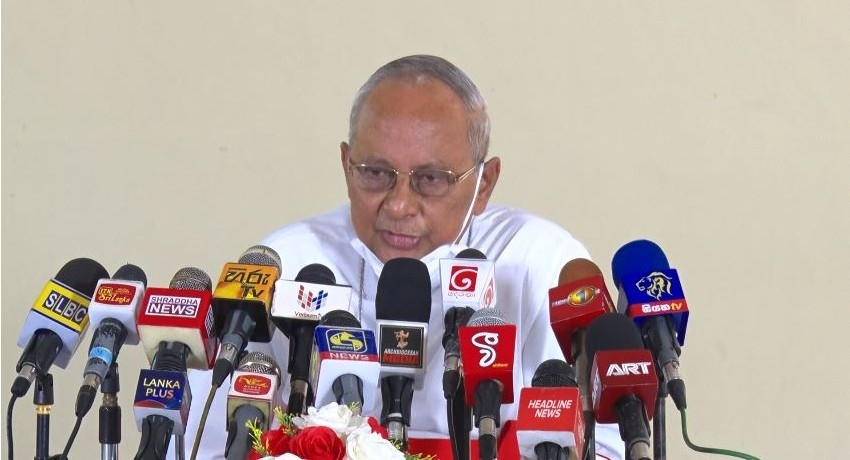 Colombo (News 1st);  If justice is not served with regard to the 2019 April 21st Attacks measures will be taken to raise the issue internationally, warned His Eminence, Malcolm Cardinal Ranjith, Archbishop of Colombo on Thursday (10).

Those responsible for the 2019 April 21st Attacks and the reasons for the attacks, must be made public, said His Eminence.

“We would also like to know why some in authority having come to know about these attacks did not do anything to prevent those from happening,” he told reporters.

His Eminence, Malcolm Cardinal Ranjith went on to note there were many indications of a group getting organized in this fashion and many of the high officials knew about it, adding they were informed by the Indian government, yet failed to take action.

“We hope the government will take necessary action to punish those responsible for the violence and murder,” he added.