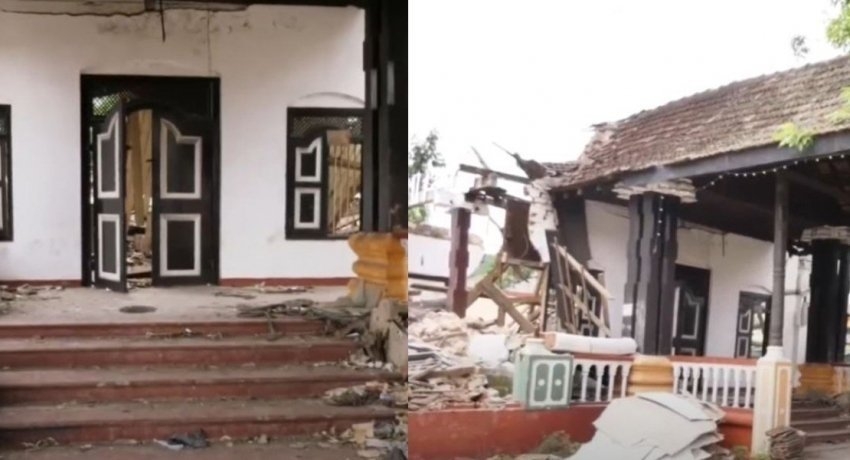 Colombo (News 1st); The Kurunegala Municipal Council on Monday (17) passed a resolution with amendments, to use tax-payers money to cover the legal costs with regard to the demolition of a building with archaeological value in Kurunegala, which is believed to be an ancient King’s Assembly Hall, dating back to the era of King Buwanekabahu.

Interestingly, the Kurunegala Mayor was a no-show at today’s council meeting and the session was presided over by the Deputy Mayor of Kurunegala, Sumith Udawasala.

A proposal was put forward for Rs. 4.43 Million to be released for legal expenses with regard to the matter and this includes the expenses for instituting legal action against the Chairman of the All Ceylon Farmer’s Federation, Namal Karunaratne.

The vote on the proposal took place after the Finance Committee convened and approval was granted, by 13 out of the 16 council members present, to release the funds.

However, it does not include the expenses for legal action taken against the Chairman of the All Ceylon Farmer’s Federation, Namal Karunaratne.

Accordingly, the approved amount to be released is Rs. 2.18 Million.

JVP member of the council, Ranuk Sanjaya strongly opposed the use of tax-payers money to cover the legal expenses.

However, all other 05 UNP council members present for today’s sessions supported the resolution.

Earlier, the Secretary to the Ministry of Ministry of Buddha Sasana and Cultural and Religious Affairs Bandula Harischandra speaking to News 1st said the restoration and renovation of the site are estimated to cost Rs. 09 Million.

He added letters were addressed to the Road Development Authority and the Kurunegala Municipal Council to make financial contributions towards covering the renovation cost.

However, it is reported the Kurunegala MC is yet to act on the request made.

On the 12th of August, the Court of Appeal issued an order not to enforce the warrants issued for the arrest of Thushara Sanjeewa Vithrarana, the Kurunegala Mayor & 05 others until the 24th of August.