Colombo (News 1st): The Cabinet of Ministers yesterday, had decided to expedite the implementation of certain measures, aimed at preventing future power crises, due to the delay in the construction of planned power plants.

Sri Lanka’s cabinet of ministers had approved a coal-fired power plant with a capacity of 600 MegaWatts, as an extension to an existing complex in Norochcholai. The cabinet has also approved a 300MW liquefied natural gas plant in Kerawalapitiya as a joint venture between the Ceylon Electricity Board, Japan, and India.

The cabinet has also approved to expedite the construction of a 300MW, proposed to be built in Kerawalapitiya, with financial support from the Asian Development Bank.

Subject minister Mahinda Amaraweera had also proposed to the cabinet, requesting that funds from the US$100 million credit line from India for solar power generation be used to expedite the respective projects.

Minister of Transportation, Power, and Energy Mahinda Amaraweera also spoke on the matter:

“The loss incurred by the Ceylon Electricity Board is Rs 120 billion. The Petroleum Corporation has incurred a loss of Rs 105 billion. With the increase in the price of crude oil this amount will increase. The CEB did not construct any power plant during the past 5 years, that is why there is an issue like this. Within this year we hope to launch a number of projects to construct power plants. If the fuel pricing formulae was in effect, the price of disel would have increased by Rs 12.00. The price of a liter of petrol would have tpobe increased by Rs 8.00. But the government does not intend to burden the general public yet with the increase in prices of crude oil. But if this increase in price continues we will have to take some measures. In the future we will stop the import of rice. Previously the PUCSL had made a recommendation to purchase power for a period of 30 months to face the situation that will arise in future. But the Ministry at the time had decided to purchase power only for 6 months and extend the purchase of power by 6 months. So other than that extension we have not granted any other extension. We have also instructed them to hold discussions to inquire into if the price can be reduced.”

Meanwhile, at a media briefing held today, the National Movement for Consumer Protection revealed a number of irregularities in the energy sector. Chairman of the movement Ranjith Vithanage noted that the CEB Engineer’s Union is creating a fear that there is a power crisis brewing in the country and that they cannot be responsible for it, and therefore they want to purchase emergency power.

He added that these unions only realize that not a single power plant was constructed from 2015 to 2020 when it stops raining and this was the fault of the CEB engineers. He noted that in 2016 the CEB purchased 155 Mega Watts an emergency power purchase, in 2017 the CEB purchased 180MWs as emergency power, in 2018 they purchased 300MWs and in 2019, 720 MWs of power. He said in 2020 they have estimated to purchase 970MWs.

“The CEB engineers are lining their pockets through these transactions. Have we changed this system? No, we have not changed this system. Mahinda Amaraweera was appointed as the new minister of power after former Minister Ravi Karunanayake. A new secretary has been appointed instead of the thief Batagoda. But the officials are still the same. Therefore the system has not changed. What has Mahinda Amaraweera proposed to the cabinet? He has proposed to extend the contracts of the power plants for the purchase of emergency power. This government promised the people that the contracts for the purchase of power at exorbitant rates will be revoked and the benefit of that will be given to the general public through reductions to their utility bills. Here is their manifesto. Now they are trying to submit this cabinet proposal. An LNG power plant could have been constructed in Hambantota. power could have been generated for 10 rupees and 50 cents. But they didn’t allow these to progress saying that it is not practical. Cabinet had approved all of it but the CEB Engineers Association did not allow for the projects to proceed. They cannot get a commission from UK companies so they did not allow for these power plants to be constructed after 2015. Tenders were called for the construction of a 300MW LNG power plant on the 10th of November 2016. The tenders have not been awarded as yet. For the purchase of 3 gas turbines of 35 MWs each, the details were not given to the commission. A 320 MW fuel power plant, has not been submitted for approval. Permission not obtained to call in tenders for a 100MW wind power plant in Mannar. Rs 5 billion spent on ACE Embilipitiya was a loss. These are old power plants. They have kept on earning profits from these and now they are trying to continue this by continuing to pay commissions. But now they are saying that there is going to be a power crisis in the country by this May, and therefore we will have to purchase emergency power. Now they are calling for tenders. The Ceylon Electricity Board did not take up the responsibility of maintaining the Norochcholai power plant after it was constructed. They are paying the China Machinery Engineering a sum of US$ 50 million. We are now paying US$ 3 million a month to this company. The son of a chief engineer of this power plant is working as an employee of China Machinery Engineering. This is the contract, this is the mafia, but no one is talking about this. The former Secretary Batagoda destroyed all of this. Look into the assets under the names of Batagoda’s sisters, brothers, aunts, grandfather’s and all of them.”

When News 1st revealed details about the bond scam many people could not completely understand the intricacies of the scam. However, the people have now understood the gravity of the issue and the forensic audit has reaffirmed the revelations we made on the bond scam.

Similarly, we continued to report on the power mafia in the country. The National Movement for Consumer Protection said today that the arbitrary actions of the CEB engineers union have resulted in power purchase becoming a massive burden on the general public.

Shouldn’t action be taken against these officials who disregard their duty to the general public in pursuit of personal gains?

If not can we move forward as a country? 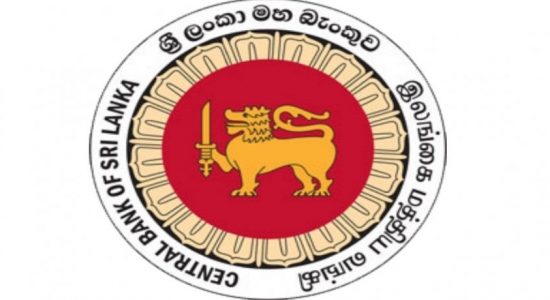