News 1st too made a number of revelations on these matters.

What is the current situation?

Convenor of the Voice against Corruption, Wasantha Samarasinghe commenting on the matter says;

“We filed a complaint at the FCID on the 12th of February 2015 regarding the MIG deal. But none of these have been investigated until today. The brother-in-law of Gotabaya Rajapaksa, Udayanga Weeratunga has not yet returned to Sri Lanka. Why hasn’t he returned? Because he is an accused in a case filed against the MIG deal. A Sri Lanka employed at the Embassy died, his body was brought to Sri Lanka and kept at the Jayaratne funeral parlour and his body was buried without even allowing his wife to see his body. It was a murder. How did they do it back then? Gotabaya Rajapaksa was the Secretary of Defence at the time. Now, what has happened. Recently the former head of the FCID Ravi Waidyalankara, says that he couldn’t work properly at the FCID because of political interventions. But now what is he trying to do? He is trying to wash his hands from the case because he has switched sides and joined Gotabaya Rajapaksa.”

He further says, “Ravi Waidyalankara only realizes that he was not allowed to properly investigate the complaints filed at the Police FCID after he was given a service extension and had to retire because he was denied a second service extension. He should have thought about it back then. But we must remind him that he should be aware of how he received certain amounts of money. I believe the watch on his wrist is worth over Rs. 2.5 to 3 million. We filed a case against Lanka Transformers Limited. There is a case ongoing in court now. I was the one who filed the complaint. Ravi Waidyalankara had summoned the accused in this complaint and asked them to come to a settlement; he had done this in my absence. What is the right that Ravi Waiydalankara has to summon the accused in the complaint that I filed and ask them to settle the matter with me, without conducting investigations on the complaint? This is how he struck deals. Hong Kong Dollars 22 million was sent from a Hong Kong bank, a total of Rs. 4 billion was deposited in two bank accounts. Relatives of the Rajapaksa family are the owners of these accounts. When Rajapaksa lost the election on the 8th of January in 2015 a person took Ranil Wickremesinghe to hold discussions with Mahinda Rajapaksa do you remember that? Thiru Nadesan, the person who struck deals with Basil Rajapaksa and took commission. There is an account of a company under the name of Thiru Nadeshan. Tt has US$ 22 million in it. This money has been distributed through this company. Using this money Ravi Waidydalankara travelled to Hong Kong recently. We received information that he has struck a deal with Thiru Nadesan. If you said back then that you are not being allowed to investigate these complaints we would have at least been able to tell the country about it.”

Also speaking on the event, the Minister of Justice and Prison Reforms, Thalatha Athukorale said:

“Thieves have got a hold of Ravi Waiydalankara who was supposed to nab thieves. He was bought for money, and now he’s not even here in the country. He has retired from the FCID. He had hidden all the cases against Mahinda Rajapaksa and his group and did not conduct the investigations properly. Then the Attorney General’s department cannot file charges. Now an order has been issued for his wife and son to appear in court. Now he is saying that we asked him to go after Rajapaksas.”

Ravi Waidyalankara has now left the country against a backdrop where his son and wife have been named as suspects in a money laundering case. The Sunday Times reported details of this incident today. Ravi Waidyalankara had made a statement to the media criticizing the FCID; the institution that he previously led, and then he left the country. There has been controversy surrounding the retired Senior DIG Ravi Waidyalankara after a statement made by him was aired on electronic media on the 25th of this month. The Retired SDIG, in this statement, spoke about the FCID to which he provided leadership for 4 years and criticized it, and in addition, claimed that there was political pressure regarding investigations.

He also added that there was no adequate evidence to arrest any suspects with regard to the MIG deal. The CID has uncovered at present that after making this statement Ravi Waidyalankara and his wife left for Dubai. At the time of the duo leaving the country, the CID had also presented an investigation report regarding the connections of the Waidyalankara family with a person with alleged connections to international crime. The report submitted by the CID says that the people with whom the Waidyalankara family has held dealings with had defrauded USD 54 million under the guise of being the New York Central Reserve Bank.

It is further stated that a person by the name of Rienzie Mahesh Kumar Edwards, along with a few others had directed these funds to Sri Lanka to be laundered. The US Judiciary had made a request from Sri Lanka to freeze 6 suspicious accounts in this regard. The US has made this request under the Mutual Legal Assistance in Criminal Matters convention. This particular financial scam had taken place under the guise of investments being done for land in Sri Lanka using funds from the tax collected in Alamo New Mexico in the USA. The CID informed the court that Stanley David Harerra, the head of the particular city and Rienzie Mahesh Kumar Edwards had signed an agreement on the 1st of October 2013.

Rienzie Mahesh Kumar Edwards and his wife, Punya Priyanji Manike Edwards, along with a few others had commenced buying the property and other assets in Sri Lanka using Rs. 5.8 billion that they received from the agreement. A majority of the property had been purchased under the name of the spouse of the suspect, Punya Priyanji Manike Edwards. The CID through its report reveals that this person had commenced a company by the name of Surya International Corporation Private Limited had been commenced on the 10th of February 2016 in which Mary Basilica the wife of Ravi Waidyalankara is a director. The CID report reveals that the shares had been held by both these people in equal quantities. The registered address of Surya International is located in Monarch Residence in Colpetty. The apartment belongs to a company by the name of Telos Consulting.

The CID has informed through its report that SDIG Ravi Waidyalankara’s son, Asela Waidyalankara is the only shareholder and the only director of Telos Consulting. With all of these events unfolding it is quite hard to predict what exactly will happen next.

State Minister Ranjan Ramanayake today gave a bit of advice to the former chief of the FCID Ravi Waidyalankara. 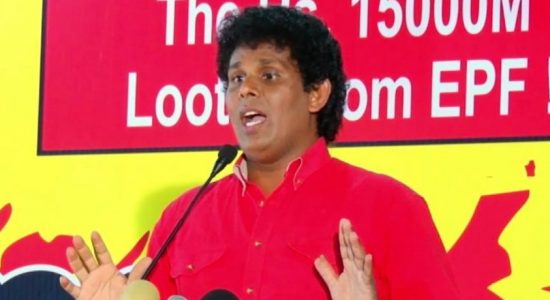 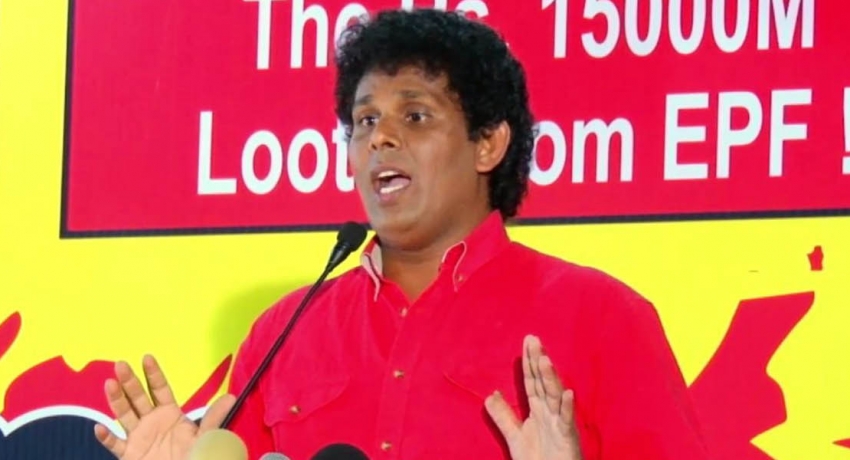