He noted that he is an individual who gave immense support to bring in the Good Governance government in 2015, however, the constitution was violated soon after the government came into power. He added that they said there is no one except Arjuna Mahendran to build the economy of the country and right on the 7th week of the government the Central Bank was robbed.

Rajapaksha noted that they were attacked as if they committed wrongdoings when they protected the independence of the Judiciary and the Attorney General’s department. However, he says today the people are aware of the real bond thieves. He pointed out that the government stored paddy in a fully built airport, but they open a partially built airport by erecting a name board and have ceremonies.

Wijeyedasa Rajapaksha revealed the steps that were taken to protect Gotabaya Rajapaksa against the allegations levelled against him. He noted that he was continuously accused when the Attorney General’s Department issued a letter to arrest Gotabhaya Rajapaksa who was then the Defence Secretary. He added that he took steps to prevent it from going further.

Question: Do you directly state that you support Gotabaya Rajapaksa?

Wijeyadasa Rajapaksha: That’s why I am seated here, I will go around the country and say until the election is over.

Question: Is there a threat to your Parliamentary seat with your sacrifice towards the Presidential Election?

Wijeyadasa Rajapaksha: I rejected ministerial portfolios 3 times. I am a person who is trained to let go of things.

Question:Is there another group who are with you?

Wijeyadasa Rajapaksha: I did not talk with anyone from the other side.

Question: You said that the VAT and a few taxes would be reduced. However, Mangala Samaraweera says how can they recover that lost income?

Wijeyadasa Rajapaksha: What did our party members say before we came into power? They said they will increase Rs. 10,000 by eradicating the waste and corruption of the Rajapaksa regime.

Adding to this Presidential Candidate of the SLPP Gotabaya Rajapaksa noted that Mahinda Rajapaksa provided the answer to this recently. He noted that there is a vast difference in taking decisions by obtaining the opinion of the economists in contrast to implementing foreign economic plans under the guidance of foreign countries. 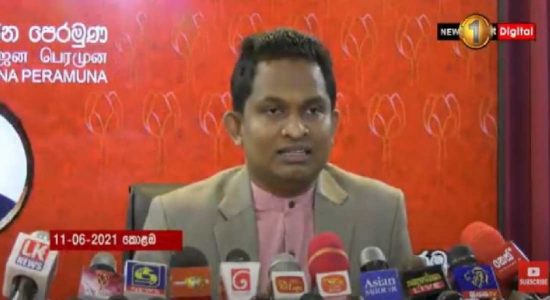