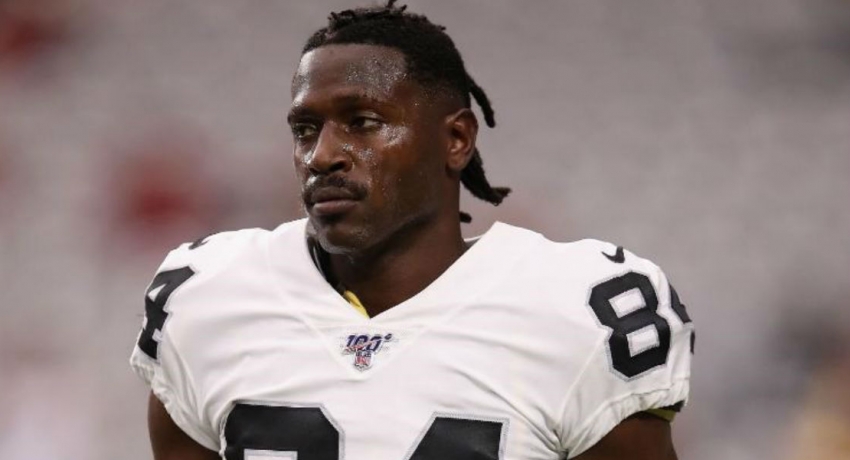 Reuters – Newly signed New England Patriots player Antonio Brown has been accused of rape and sexual assault by his former personal trainer in a federal lawsuit filed in Florida, a claim the athlete denied in a statement issued by his lawyer.

In a civil lawsuit filed in U.S. District Court in Southern Florida late on Tuesday, the trainer, Britney Taylor, said Brown raped her at his Miami home in May 2018. That incident followed one in June 2017, when he forcibly kissed and sexually assaulted her at his Pittsburgh-area home.
“Brown preyed on Ms. Taylor’s kindness and her religious devotion, casting himself as a person equally dedicated to his religious faith and someone she could trust,” the 15-page complaint said.

Brown, 31, who is about to start his 10th National Football League season after orchestrating a last-minute move to the Patriots from the Pittsburgh Steelers, denied all of the accusations through his lawyer, claiming the two had consensual sex.

“He will pursue all legal remedies to not only clear his name, but to also protect other professional athletes against false accusations,” Brown’s attorney, Darren Heitner, said in a statement posted on Twitter.

Heitner said Brown had spurned a request by Taylor to invest $1.6 million in a project shortly after he became the NFL’s highest-paid wide receiver in 2017. Taylor also continued to post pictures of Brown on her social media accounts “to financially benefit from his celebrity,” the statement said.

The complaint depicts a scenario in which Brown became increasingly abusive in a professional relationship that he and Taylor forged years after having met at a Christian athletes’ group at Central Michigan University.

Taylor, 28, a gymnast who had opened a training center in her hometown of Memphis, agreed to Brown’s request to provide physical training services in June 2017, the complaint said.

While staying at one of Brown’s Pittsburgh-area homes that month because she had not yet booked a hotel room, Brown walked in on her with his penis exposed while she was dressing, and forcibly kissed her without her consent, it said.

Later in June, as the two watched a church service on her iPad at Brown’s home in Miami, he ejaculated on her back before she realized what had happened, and sent her a text message about it, the complaint said.

She ended their business relationship after that but resumed working for him in April 2018 after he apologized. Brown raped her at his Miami home the following month, when she entered the residence to use the bathroom after driving his friends there from a night out, the complaint said.