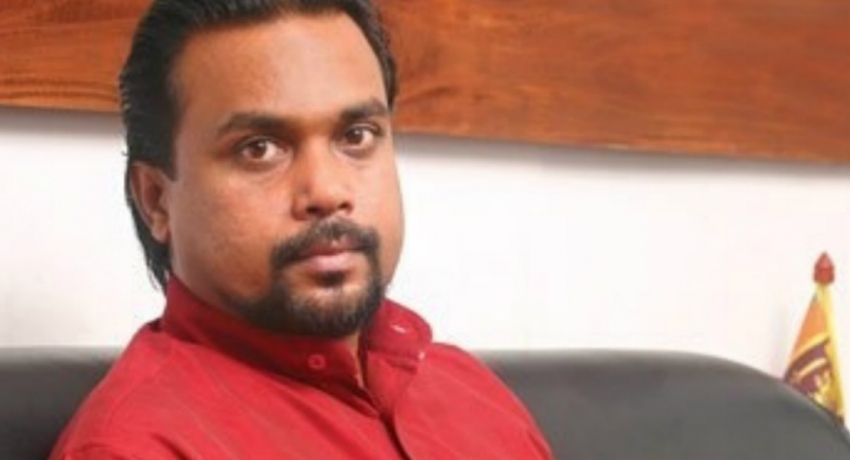 He noted that the ACSA submitted to the cabinet by the prime minister was only a seven-page document. He added that he is in the possession of the complete and real ACSA which prime minister refrains from submitting to parliament.

“Deputy speaker, you and the rest of the cabinet ministers have not seen this agreement which actually consists of 83 pages. This agreement includes more than 50 annexures. Should a government headed by such a prime minister continue? The 50-page long agreement says that this applies to only emergency situations. This is what the President signed on 22nd April 2019. This agreement proposes to cancel the Gazette issued on the 27th of March 2017, for the state land special provisions bill. This is according to the agreement the government plans to establish with the US organization named Millennium Challenge Corporation. Now the act in this regard was submitted to the cabinet. However, it was not approved. It was against such a backdrop that the secretary to the ministry of lands issued a gazette. I have with me the letter which includes the cabinet proposal dated 5th April 2019, which was signed by the president. This letter states that the proposed draft must be presented in parliament, after the inclusion of the necessary amendments following cabinet decisions. It clearly states, after the amendments. However, none of these amendments were presented to the cabinet. The act did not receive proper cabinet approval. How did you approve the 19th amendment to the constitution? The clauses of the constitution that requires a public mandate were submitted during the working committee stage.”

The parliamentarian said that when the Central Bank bond scam took place the prime minister saved Arjuna Mahendran by appointing committees and even publishing its reports.