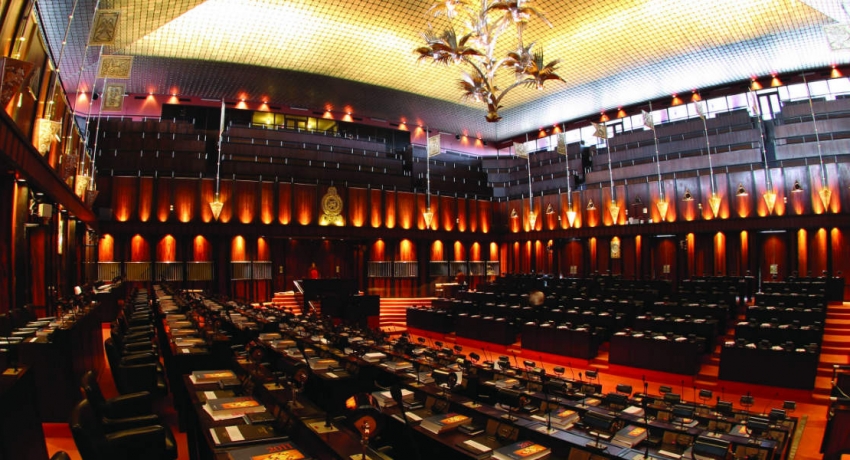 Speaking in Parliament today Minister of Primary Industries and Social Empowerment Daya Gamage rejected all accusations claiming that he intentionally avoided responding to such questions. He noted that in all 25 districts, with the participation of 125,000 Samurdhi beneficiary families, they organized 25 awareness programs and they provided a t-shirt free of charge, to every individual who participated in this program.

He said he gave instructions to print four hundred thousand posters and paste them across the island. He stressed that Daya Gamage’s name or the UNP symbol was not printed in any of those posters or T-shirts.

Responding to this JVP Leader Anura Kumara Dissanayake noted that he had charged around Rs. 500 each from 600,000 Samurdhi beneficiary families, for the printing of posters and manufacturing t-shirts. He noted that it amounts to Rs. 300 million.

He questioned; “Which company was given the contract to manufacture the t-shirts? A company named Sanasili. Who did Sanasili outsource the manufacturing of the t-shirts to? Who is the owner of the garment manufacturing company? How much did you approve initially? Rs. 180 million?”

MP Dissanayake noted that he could have charged Rs. 300 each, but then the government issued a circular stating, Rs. 300 was not enough, make it Rs. 500. He noted that when the cost increased to Rs. 300 million, the money was from the funds allocated for the poor and it has been wasted on posters and t-shirts. He then turned to the Speaker of parliament to question if he approved the expenditure of Rs 300 million for the printing of posters and manufacturing of t-shirts.

Minister Daya Gamage noted that it is disappointing that MP Anura Kumara Dissanayake spoke in such a manner regarding the provision of a t-shirt worth Rs. 450 to poor families. He noted that Daya Apparels has 9 garment manufacturing companies, and he confirms that these t-shirts were not manufactured in any of these factories. He went onto note that funds were not obtained from the treasury, neither did they take anything from the Samurdhi beneficiaries.

MP Dissanayake then questioned the Minister how he sourced these funds if he did not contribute his personal funds and did not obtain any funds from the treasury. Responding Minister Gamage noted that even though MP Dissanayake considers Rs. 300 million as a substantial amount, they will earn Rs. 30,000 million within a year for poor people. He said they will generate national income to this country.

Minister Daya Gamage noted that when MP Anura Dissanayake served as the minister of agriculture, a large number of posters were printed and pasted across the island just to give away four milk tins to the people. He said this expense, when compared with MP Dissanayake’s, is very small.

UPFA MP Mahinda Amaraweera requested the minister to remain calm and to just explain the manner in which he sourced these funds and spent it. The Minister noted that they have not spent any government funds and that he does not have to provide any answers to this question.

Adding to this JVP MP Sunil Hadunnetti noted that the national secretariat for elders has collected Rs. 2.1 billion at present by charging Rs. 100 from their salaries. He noted that relief must be provided to them, however, the Minister had proposed to purchase 50 buses.

Responding to this Minister Daya Gamage noted that they are strengthening elders societies across the country. He added that these funds will be donated to elders societies. UNP MP S.M. Marikkar also noted that Rs. 500 has been charged from each individual. He questioned; “Is including the cost of promotion in the marketing budget without printing the face of the politician, right or wrong?”

UPFA MP Wimal Weerawansa noted that if he has not charged a cent from the Samurdhi beneficiaries and if he has not obtained any funds from the treasury, he is the only minister in this Parliament, with superpowers. MP Weerawansa requested Minister Gamage to share his secrets with rest of us. He asked the minister to reveal how he found the Rs. 300 million. 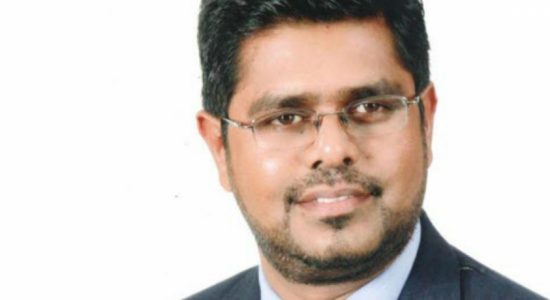 JVP challenges Gotabaya and Sajith for an open debate