According to the weather forecast for today, December 15, issued by the Met Dept, showers are to be expected in the Northern, North-central, Eastern and Uva provinces.

Fairly heavy rains of about 75mm can be expected at some places particularly in the Western and Sabaragamuwa provinces and in the Galle and Matara districts.

In addition, the Met Dept said that fairly strong winds of up to 40kmph can be expected in the Northern and Southern provinces.

Meanwhile, the landslide warnings issued for the districts of Galle and Kalutara are still in place.The Disaster Management Centre states that it has urged the residents in the areas to remain vigilant owing to the prevailing weather.

More than 3,000 stranded in Western Province, sent back to their homes 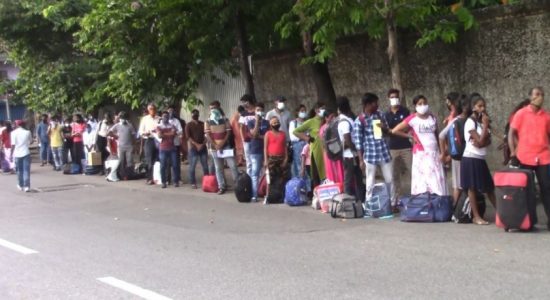