Bond Gate: The complete list of attempts made to cover up the Bond Scam (Video)

Bond Gate: The complete list of attempts made to cover up the Bond Scam (Video)

News 1st was the first to report on the Central Bank Bond Scam, which happened on two occasions.

The first scam took place in February 2015, while the next came the following year in March 2016.

When the matter was raised, some defended the actions of then-Central Bank Governor Arjuna Mahendran. This ‘some’ included the Prime Minister himself.

This committee compiled a report, saying nothing wrong took place.

Then there was a COPE investigation and report which, despite attempts to cover up, held then-Governor of CBSL Arjuna Mahendran responsible.

Those are few attempts to cover up the scam which the public is aware of.

The Prime Minister thereafter made a statement to Parliament on the March 17, 2015 -defending the actions of Arjuna Mahendran regarding the Bond Issue.

COPE of the 07th Parliament Chaired by D.E.W.Gunaskeera was tasked to investigate the Bond Issue.

Sadly, Parliament was dissolved for elections before it could release its report.

Prime Minister Ranil Wickremesinghe says he was not given an opportunity to give evidence before the Parliamentary Committee On Public Enterprises.

The Colombo District Court issued an enjoining order preventing the publication and circulation of the draft report by COPE on bonds.

The injunction was later dissolved.

UNP COPE members added footnotes to the report and one of them was Sujeewa Senasinghe.

COPE Chairman said there is a clear difference in the report and the footnotes. 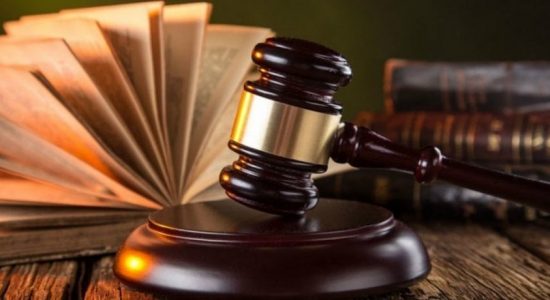