The UK government has been defeated after the House of Lords said ministers should guarantee EU nationals’ right to stay in the UK after Brexit.

The vote, by 358 to 256, is the first Parliamentary defeat for the government’s Brexit bill.

However, MPs will be able to remove their changes when the bill returns to the House of Commons.Ministers say the issue is a priority but must be part of a deal protecting UK expats overseas.

The bill will give Theresa May the authority to trigger Brexit under Article 50 of the Lisbon Treaty and begin official negotiations.

The amendment backed by the Lords requires the government to introduce proposals within three months of Article 50 to ensure EU citizens in the UK have the same residence rights after Brexit.

But it could be overturned when MPs, who have already backed the Brexit bill without amendments, vote on it again.

The government is expected to attempt to overturn the defeat when the legislation returns to the Commons.

The Department for Exiting the EU said: “We are disappointed the Lords have chosen to amend a bill that the Commons passed without amendment.

“The bill has a straightforward purpose – to enact the referendum result and allow the government to get on with the negotiations.”

The government said its position had “repeatedly been made clear”, saying it wanted to guarantee the rights of EU citizens and British nationals “as early as we can”. 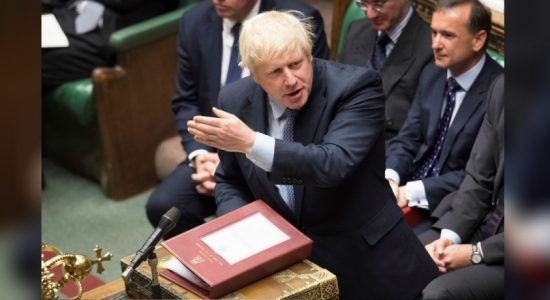