Deputy Minister Ranjan Ramanayake has filed a complaint with the police following an escalated exchange of
words with MP Indika Anuruddha at the Divulapitiya Development Committee meeting held on February 28,

An argument over the questioning of officials on earth excavation in Divulapitiya, led to a heated situation between Deputy Minister Ranjan Ramanayake and MP Indika Anuruddha at the Divulapitiya Divisional Secretariat.

Police Officers from Divulapitiya, Kotadeniyawa and Kochchikade as well as local politicos and state officials from the area attended the meeting.

Following the meeting, the Deputy Minister lodged a complaint with the Mirihana Police on March 01.

MP Ranjan Ramanayake speaking to media after lodging the complaint claimed that he was threatened with death and that he will not take that threat lightly.

He also noted that 48 persons have lost their lives at the hands of this mafia and that eight months ago, Nilantha who worked with MP Indika Anuruddha in sand extraction was shot in the head. 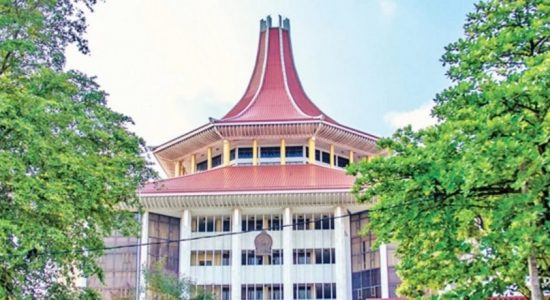