Bogala miners search for light at end of the tunnel; commence Satyagraha underground

Bogala miners search for light at end of the tunnel; commence Satyagraha underground

Miners from the Bogala Mine are engaging in a Satyagraha campaign from one thousand six hundred and seventy (1670) feet below ground. They  citing several demands.

Operations at this mine have come to a standstill as over 50 miners are engaged in this Satyagraha campaign. They have resorted to this measure alleging that their wages have not been increased and that they have been denied their rights.

Deputy Secretary, Inter Company Trade Union, P. Hettiarachchi stated that the administrative board talk about the salary, but they do not allow employees to get involved.

They say this situation has let to those having no connection to the subject making decisions.They allege that they have thereafter been told that “there are more mines, not only theirs and to sit and to discuss as to what sort of rules that they should come up with.”

The graphite mined in the Bogala Pathala mine located in Kegalle is considered  one of Sri Lanka’s oldest graphite mine. The Bogalapathala mine commenced operations back in the year 1847.

The Bogalapathala Mine is located 275 metres below the ground level, which is also deeper beyond the sea level. The managerial activities of the Bogala Mine were carried out by the private sector since 2002. 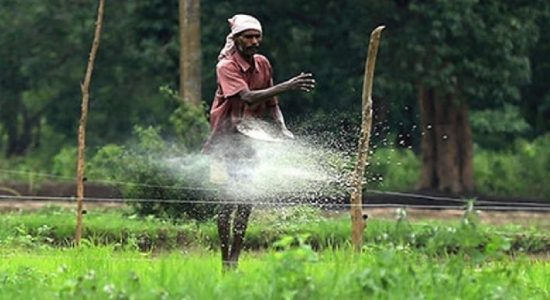 Occupy Galle Face on for the 21st day