The Sri Lanka Planetarium announced that a special programme is in place to observe and monitor the space debris which is expected to crash into the Southern Seas of the country on the morning of  Friday, November 13.

Director of the Sri Lanka Planetarium Priyanka Koralagama said that the object will be observed from Tangalle.

Astronomer Kavan Ratnatunga , speaking to News 1st said that a group of experts including scientists from France have arrived in Sri Lanka to observe the space object, dubbed WTF1190F.

Chandana Jayaratne, Professor in the Physical Sciences Division at Colombo University also speaking to News 1st said that there is no reason for panic over the object that will crash into the sea tomorrow morning.

The Department of Fisheries has requested the fishermen in the South to refrain from setting out to sea on Thursday and Friday.

Earlier the website of the Ministry of Defence noted that a Fishing Ban and a No-Fly-Zone were imposed in the Southern sea area and over the sky as a space debris named WT1190F is expected to enter the Earth’s atmosphere on November 13.

Navy spokesperson Captain Akram Alavi said that a 45 kilometre area, 65 kilometres Southeast to Dondra Head has been declared as an area for “No Naval, Fishing and Aviation activities”.

The Ministry of Technology and Research said that the space object would be travelling at a speed of more than 17,500 mph.

Assistant Director of the Disaster Management Centre (DMC) Pradeep Kodippili said that all respective authorities have been informed in this regard.

The space object, which was technically termed WT1190F, has garnered attention across the world.

The unknown object was rediscovered by astronomers at the Catalina Sky Survey, based at the University of Arizona earlier this month.

It measures up to 7ft or two metres in length and it could be a piece of rocket stage from a recent lunar mission, or even part of an Apollo programme craft that has been in space for more than 40 years.

More unusual still, WTF1190F was a ‘lost’ piece of space debris orbiting far beyond the Moon, ignored and unidentified, before being glimpsed by a telescope in early October.

WTF1190F is being closely monitored by astronomers at the European Space Agency. 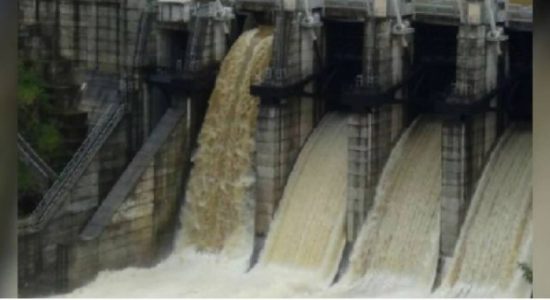