The three-member committee that was appointed in order to review the estimated cost for the construction of the third phase of the Outer Circular Highway had recommended that the construction cost could be reduced by Rs.25,305 million.

However, a month before the recommendation was made , the then Minister of Highways had produced a memorandum to the cabinet and obtained cabinet approval to commence the construction work.

This committee was appointed on the basis that the the sum of over Rs.66,689 million approved by the cabinet of the former government would cause substantial losses to the government. In an election manifesto it was also stated that this sum was inclusive of fraud and corruption.

The government was compelled to move to such action as the the Chinese Company, vested with the construction of the OCH, had not agree to cut down the costs that they agreed to, initially.

It is clear through this document that was issued on the cabinet decision that were made on Wednesday, that the Chinese company, which had agreed to change the scope of work, was not in favour of saving Rs.31 billion as previously mentioned by the government.

According to this document, the cabinet of ministers have approved the award of the above contract – the Outer Circular Highway, on Wednesday.

Therefore, the communique issued by the government on  April 23 can be termed as a fraudulent document

According to the communique issued on Thursday , the size and quality of this construction in question had been considerable, and the total sum that is expected to be saved is not Rs.31 Billion  but a sum that is less than Rs.10 Billion.

According to the cabinet memorandum dated  April 22, the 31 billion rupees that would be saved will be used to construct a section of road from Kadawatha to Ganemulla 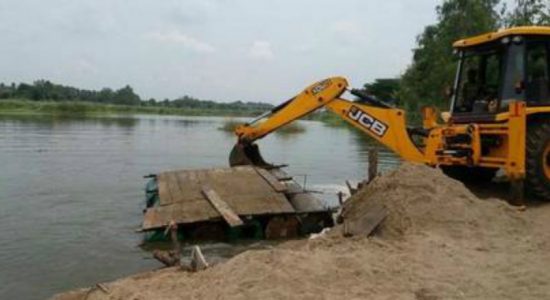