President Maithripala Sirisena has emphasised on the need for a national programme that would ensure a qualitative nursing service.

The Head of State made this remark while speaking at an evening in Colombo on Saturday May 9.

The Public Services United Nurses Association organised an event to mark International Nurses Day at the Sugathadasa Indoor Stadium which was presided over by President Maithripala Sirisena.

Chairman of the Public Services United Nurses Association Venerable Muruththettuwe Ananda Thero and Rajitha Senaratna, the Minister of Health and Indigenous Medicine were also present at the event.

Speaking at the event, Chairman of the Public Services United Nurses Association Venerable Muruththettuwe Ananda Thero said that they have a need to improve the quality of those who newly join the nursing service.

Meanwhile Minister of Health and Indigenous Medicine Rajitha Senaratna noted that they fought for us putting their lives on the line addiong that they are committed to fulfilling all the promises made.

He went onto say that they are  prepared to fight for that from within the Government.

President noted that they attempted to implement the proposal to transform the nursing schools in to nursing universities and that should not be limited to a mere sign board.

President Sirisena added that there is a need to prioritise the provision of facilities with proper standards and new equipment in order to transform the nursing school in to a nursing university. 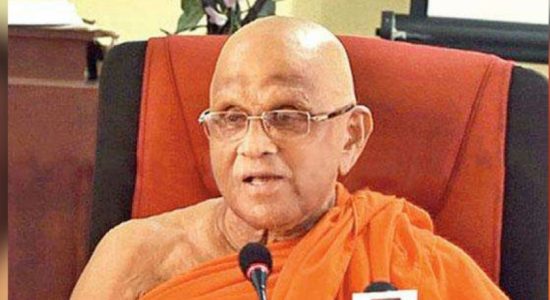 COVID Pneumonia ruled as COD among many fatalities report...