Capital Maharaja Organisation’s 38th Annual Convention for the year 2014 – 2015 commenced  at Stein Studios in Ratmalana on Thursday evening under the auspices of President Maithripala Sirisena.

Among other notable guests who attended this year’s Annual Convention were the executives of the Capital Maharaja Organisation, the Maha Sangha, experts from various fields, and politicians.

Speaking on the occasion, President Maithripala recalled that he was alone and thought he was alienated when leaving the government to come forward as the common candidate but was embraced with a a new sense of brotherhood and support. He further added that while many embraced the new campaign: it was the Maharaja Organisation that took it on. He also added that that the strength given from the blessings of the people of this country to make constitutional changes which are nationally and internationally recognisable, were further strengthened by the organisation’s support.

President Sirisena went on to note that, as a politician who is committed to protect the changes expected for the country , the transformations in society, the freedom and democracy that should be present in a country, the basic human rights that should be enjoyed by the people of a country – the support given by the organisation to help create this transformation should be appreciated.

The highlight of the event was the selection of the Executive of the Year where five executives of the Capital Maharaja Group were nominated for the coveted award.

Wasantha Kumara , CEO of PE Plus, Yasarath Kamalsiri Director, General Manager News 1st and Nalaka Seneviratne – were  nominated for the award but it was Chandana Sooriyabandara, the Channel Head of Sirasa TV who bagged the coveted Executive of the Year Award for 2014 – 2015. 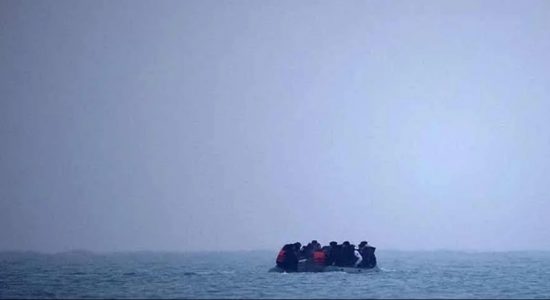