LSSP and Communist Party reveal their stance on presidential election

LSSP and Communist Party reveal their stance on presidential election

The stance of the Lanka Sama Samaja Party and the Communist Party of Sri Lanka at the upcoming presidential election was revealed during a media briefing held on Thursday.

[quote]At a time when we have received a golden opportunity to abolish the executive presidency, at no means will we stray away from it. We endorsed the abolishing of the executive presidency at one point. We hope that under the leadership of Maithripala Sirisena this Common Opposition Movement can emerge victorious , and within 100 days of coming into power, the executive presidential system will be abolished. We need the required amount of political space via the parliamentary system.

Even if our party membership is cancelled, the Lanka Sama Samaja Party, the Communist Party of Sri Lanka along with all other leftist parties and loyalists, will render their support to Maithripala Sirisena as the Common Candidate at the upcoming presidential poll. The Lanka Sama Samaja Party is certain that a new leadership will be established with a changes after the 9th of next month.[/quote] 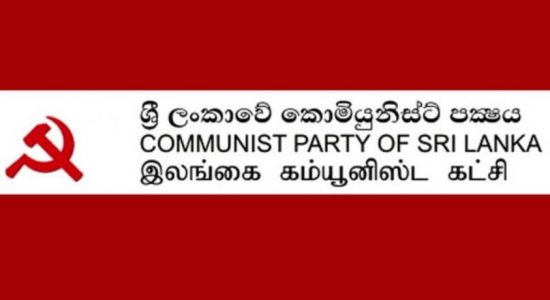