Addressing a media briefing on Monday parliamentarian Buddika Pathirana commented on the ALS ice bucket challenge that has been spreading through social media like wildfire.

“Something known as the Ice Bucket Challenge has been spreading through the internet and social media sites such as Facebook and youtube. It also receive the patronage of the government. This can be seen as a conspiracy. How fair is it to waste water in this manner when people are facing hardships without water due to the lack of rain in some areas. We have no idea or guarantee that the money which is being donated to some unknown fund in some unknown country would benefit ALS patients in Sri Lanka. “

He added; “Our foreign reserves were drained in the past using pyramid scheme. The government spent millions on papers ads and awareness programs to combat this. However, the ice bucket challenge is also similar to a pyramid scheme and there is no action being taken to stop money flowing out of the country through this. We have a question as to whether some force within the government is involved in this. The government donated 50 million rupees to build and carpet a road in the Maldives. We donated millions of rupees for vocational training in Uganda. We have a doubt whether the ice bucket challenge is fulfilling the needs of the government. Use your brain when doing something, not your heart. I call on all the artistes, celebrities and youth of the country, let us put a stop to this ice bucket challenge.”

After this news item was aired on the 7 p.m. bulletin on our sister channel Sirasa TV, Budhdhika Pathirana contacted News 1st and expressed the following views.

“While I was watching the views expressed by me during your news broadcast, I remembered another matter that was brought up during the media briefing. I am grateful that you have given me the opportunity to express my views on this at this moment. The person who was the pioneer of the Ice Bucket Challenge is no longer among the living. “

“He has passed away. But in Sri Lanka, Hirunika Premachandra, Senal Welgama, I do not know whether he will participate, Malsha Kumaratunge, artistes and people who call themselves popular stars, are dragging this campaign on. The person who pioneered this campaign, who established this fund, is no longer living. But our people are continuing with this campaign like zombies. Once again I say that we must put a stop to this dangerous activity that is taking the nation’s wealth abroad he noted.” 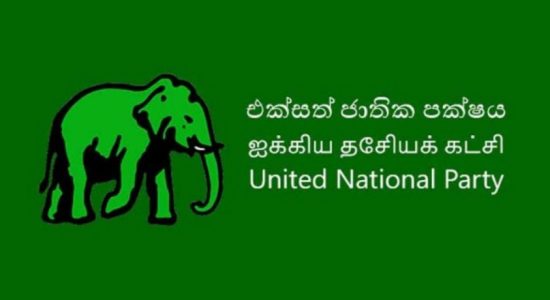 Guidelines for vaccination program of those between 18 – 19 years, issued

Guidelines for vaccination of 18-19 year olds