A woman has been killed and six others have been injured after a cab veered off the road and crashed in Mawanella.

The Police Media Unit said the accident occurred on Sunday evening when the driver lost control of the vehicle while traveling from Mawanella to Colombo.

Preliminary investigations have revealed that the driver was under the influence of alcohol.Meanwhile, another person was killed in a road accident that occurred near the German bridge on the Anuradhapura – Kurunegala Road.

The accident occurred when a motorcycle was hit by a lorry at the rear end at about 7:30 Sunday night.

The motorcyclist sustained serious injuries and was admitted to the Anuradhapura Teaching Hospital, where efforts to save his life were unsuccessful. The deceased was forty-one-year-old Chaminda Chandrasena, a father of three.

The Anuradhapura Police have arrested the driver of the lorry. 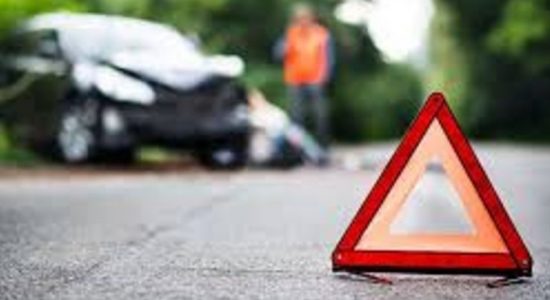